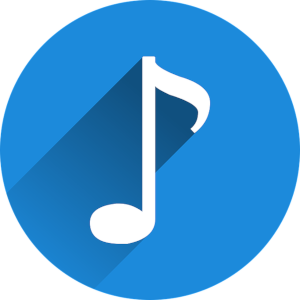 A long-overdue overhaul to the music page of this site is now in place. I took the time this morning to update said page with my current discography. You’ll find links for all four of my currently published recorded works: my Calibrations album, The Cyber Den Theme, Grabbag (96KHz​/​24bit 2018 remaster), and What It Shall Be. All will have purchase links: the first and last will have streaming links as well. Please do me the favor of visiting the page and patronizing the links!

Back on April 21st, I wrote that I wanted to write more about words and music and not so much about my health. I did manage to get a couple of decent posts about writing done, and I’m quite proud of that fact. It had been much too long since I’d managed to put out posts of any quality about words or music.

That all came to a screeching halt on May 8th, 2017. I had a major fall inside my house while alone—yes, of the (insert trademarked phrase here) kind that everyone makes fun of. (No, seriously, that phrase is really trademarked!) I had to pull myself across the floor with my arms until I could reach a phone, then call my wife and ask her to come home and help me stand. She was rather incredulous, but neither of us wanted to risk the possible $150.00 emergency room bill plus whatever god-awful amount the ambulance service would charge. She came home.

To shorten this story somewhat, it turns out I fractured a couple of bones in my left big toe. One they could operate on—a joint in the second bone of my big toe. The other they couldn’t—one of the sesamoid bones below the main big toe bones that form the ball of the foot. That one is snapped clean in two, but you can’t put pins or screws into it—just isolate and immobilize it for six to eight weeks, according to the podiatrist who is now treating me.

This led to an incredibly busy time of two hospital procedures in one week, one on a Tuesday, one on a Friday. The first one was a lumbar caudal epidural steroid injection through my tailbone, where the spine doctor tried to get rid of the spinal nerve pain radiating down my right leg to my right foot (and with me wearing the “moon boot” on my left leg). That turned out to be one of the most traumatic days of my life, since I couldn’t have pain medicine past midnight and the injection was scheduled for after 2:00 p.m. CDT. Let’s just say that, between my foot and my spinal nerve, I haven’t been in that much sheer pain since I broke both my ankles back in 2009 (very complicated story). To make things even worse, fentanyl shots prior to the injection and subsequent shots of dilaudin (artificial morphine) did NOTHING to relieve my nerve pain, and to date the steroid injection has been totally useless. (I will see him for a follow-up on Monday, June 5th. He’d better have some damned good answers for me.)

The second trip to the hospital was that Friday. I went under general anesthesia and had pins inserted into my broken toe. That led to another scare. The doctor had originally intended to use a screw to hold everything in place, but my bone was too brittle. I learned later from my primary doctor that I could be developing something called Charcot foot (warning—some minor disturbing images), where my foot bones demineralize and start fracturing extremely easily. He and my podiatrist are working to prevent that.

Incidentally, a combination of possible infection in my toe, a need to remove my stitches, and me being unable to drive resulted in that rarest of rarities: a house call from my podiatrist! He was leaving for something on the first available day my wife would be able to drive me, so instead he came out and took out my stitches. He’d put me on Augmentin for swelling and redness in the toe at the first follow-up, but at the house call he said both were much reduced.

Enter problem number three. Well, it didn’t just enter, it kind of came in when the spine doctor gave me my useless shot. Anyway. After I returned from the operating room for the lumbar caudal injection, my wife noticed that my right shin was bruised from below the kneecap all the way down to the ankle. I’d bruised my right knee in the fall, but this didn’t appear related, and the doctor didn’t use air compression stockings on my legs while I was out for the brief 15 minutes for the shot.

The bruising was still there when I had my toe operation. It took longer, so the podiatrist used air compression stockings. If anything, the bruising looked worse afterward.

This brings us to Thursday night, June 1st, 2017. I’d had both feet elevated, at the podiatrist’s orders, when I needed to bring them down. My right foot was swollen like crazy. What’s more, it hurt, even when I didn’t touch it. I called my primary doctor and got an appointment Friday. His nurse called and verified which foot. I could hear the doctor slightly freaking out in the background. Before I knew it, my appointment was cancelled and I was put on a “stat” referral to an ultrasound place to check for a deep vein thrombosis (DVT). Turned out I don’t have one.

So, now, I’m sitting here with a swollen right foot, a bruise down my right shin, two pins sticking out of my left big toe (heavily bandaged and surrounded by a steel boot), massive spinal nerve pain going down my right side to my foot and more back pain on my left side after any exertion whatsoever, hydrocodone for all of my pain symptoms plus Topamax for the nerve, a prescription for Lasix (a diuretic) for the swollen foot, and sports drink with some vitamin B complex pills to keep me from dehydrating and losing B vitamins from all the extra bathroom trips I’ll be making over the next five days.

Damn you, health. I will write about music and writing again soon. Just you watch.