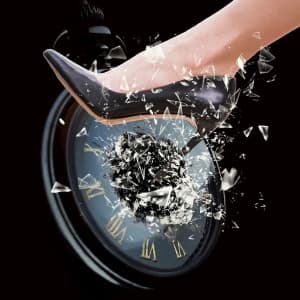 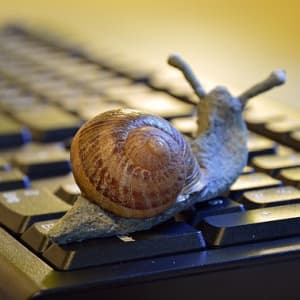 It’s getting to be that time once again. Software technology has caught up to the hardware technology available at my hands, making my Music Computer interminably slow. Allow me to detail the situation.

My Music Computer is a 5th-Generation Intel i7-5930K with 32GB RAM. Its C: drive, where most of its VSTs are stored, is an SSD drive. I have precious few VSTs stored on a PCIe 3.0 NVMe drive. At one point in its history, it was a very fast system. However, with the buildup of VST Instruments, KONTAKT Instruments, general processing plugins, and so on, my system is no longer so fast. I’m starting to get crackling audio, sound subsystem dropouts, high latency issues, and other symptoms of an aging machine. I’ve upgraded it as far as is practical, with no further path left to upgrade for me. I must build a new computer.

My build job is complicated by the fact that Intel is about to release their 12th-Generation Alder Lake series of processors, complete with new Z690-based motherboards with PCIe 5.0 and DDR5 RAM slots. Very few PCIe 5.0 peripherals have been announced, and DDR5 RAM is thin on the ground so close to the announced November 4th, 2021 release date.

Of course, the upshot of all this is that predicted prices of the new stuff will be somewhat ridiculous for the time being, probably stretching into 2022. That makes pricing out a new system a difficult task at best. However, thanks to my son, I’ve been introduced to an online tool which makes this job a little easier. That tool calls itself the PCPartPicker.

PCPartPicker lists thousands of computer parts from across the spectrum and lets you select the ones you want. If you go a step further, it then presents you with a list of vendors it has found who carry the product, along with the price for the product for each vendor (shipping and tax included, if you’ve signed in and configured your state and local tax rate) and a “buy” link. You can buy your entire PC from one vendor, or you can spread it out among the cheapest vendors, or you can choose whatever combination you prefer. It makes pricing out a system much easier – no more messing around with spreadsheets and searching around with Google. The only drawbacks to PCPartPicker I’ve found are a) it does not yet include the Intel 12th-Generation Alder Lake and related products, so it is impossible to price out products that are listed as “coming soon” on vendor websites, and b) it does not include vendors like Provantage and CDW, who sometimes have lower prices (especially Provantage).

I have already purchased one component of my new build – a Fractal Design Define R5 mid-tower computer case – but, because of the uncertainties surrounding Alder Lake, I have no idea what I’m going to stick in it. I’m not even sure if I’m going to stay with an Intel CPU, especially if the prices balloon out of control. None of the Alder Lake CPUs get released officially until November 4th, but I’ve already seen online price gouging going as high as $1,800.00 for a top-of-the-line i9-12900KF, up from the announced MSRP of $629.99.

Overall, my son thinks the best time to buy is going to be between January 2022 and March 2022, but as I said earlier, my aging Music Computer is having so many problems that it may not hold on until then. I’m thinking that I may have to start the purchase sometime between Black Friday and the end of 2021. I don’t know how it’s going to fit into the house budget, but I’m going to have to squeeze it in there somehow (if I can convince my wife to go in on the purchase with me).

I’ll keep you updated on the build as new info becomes available.

Our trip to Las Vegas was based at Bally's Las Vegas Hotel and Casino. I have to start by saying that I wasn't very impressed by it. For starters, the two showcase restaurants it had were both "temporarily closed," and their other food choices … END_OF_DOCUMENT_TOKEN_TO_BE_REPLACED

To pick up where I left off in the last update, I did indeed have a Deep Vein Thrombosis (DVT) in my left arm below the PICC line. As a result, I'm going to be on a medication called Eliquis for about the next 6 months or so. Eliquis is a blood … END_OF_DOCUMENT_TOKEN_TO_BE_REPLACED