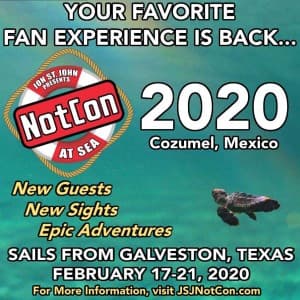 Bulletin, bulletin! All hands on deck for an important announcement!

Thanks to world-famous voice artist Jon St. John, the voice behind PC video game legend Duke Nukem, I’ve been invited to be a special guest aboard his NotCon at Sea 2020 convention! This is your chance to meet and greet me personally on a four-day round-trip cruise from Galveston, Texas to Cozumel, Mexico. 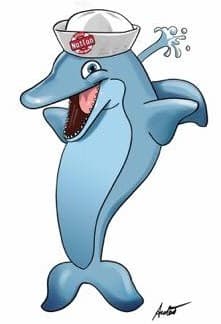 Currently, plans for activities during the cruise are still pending, but I will be bringing several copies of my Calibrations album with me. I’ll also be bringing a pair of special Calibrations logo T-shirts which I will autograph and give away!

The cruise sets sail from the port of Galveston on February 17th, 2020 on board the Royal Caribbean Cruise Lines ship Enchantment of the Seas and returns on February 21st. Other guests on the cruise will include voice actors J. Michael Tatum, Brandon McInnis, Wes Johnson, and Caitlin Glass, plus CosPlay artist Kawaii Besu and actress & VFX artist Samantha Inoue-Harte. Further information can be found at https://jsjnotcon.com.

Now is your chance—sign up and have the experience of a lifetime! I’m looking forward to seeing you onboard!

The interview mentioned in my last post is now available online! Mr. Jake Parr of “The Cyber Den” on Siren FM 107.3 in the U.K. has posted two versions for your listening pleasure, listed below. The first link will take you to the short radio edit of the interview, alongside the rest of his show, while the second link goes to a full version of the interview posted on YouTube. Here they are:

Please stop by and listen to one (or both!) if you have time. I just hope I didn’t insert my foot too far into my mouth. 🙂

Questions? Comments? Please feel free to use the Contact page. Thank you!

As promised, here’s a slightly large announcement: I’ve been interviewed for a radio program in the U.K.!

The interview will be broadcast sometime between 10:00 a.m. GMT and noon GMT (which translates to between 4:00 a.m. and 6:00 a.m. CST (my time)) on Siren FM 107.3, a community radio station from the University of Lincoln Brayford campus. Mr. Jake Parr conducted the interview for his show (The Cyber Den), and I must admit that he will probably sound better than I did. 😉

The interview mostly covers my history of writing music for video games (e.g., Rise of the Triad, Duke Nukem 3D, Stargunner, and Shadow Warrior), along with some of the voice acting I did during the same period. However, toward the end of the interview, he asked me about the science fiction novel I’ve been writing. I said a few words about it, including the first announcement to the general public of the working title (!).

If you want to listen (and I hope you will), go to Siren FM’s “How to Listen” page and follow the instructions. I’ve been told that a longer version will be posted as a podcast and as a stream on YouTube after the broadcast. If you have any problems trying to listen, please get in touch with me via my Contact page and I’ll see if I can help.

I hope you enjoy the interview. Thank you!