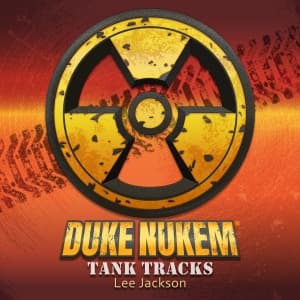 It’s been almost a month since “Duke Nukem Tank Tracks” was released, and sales have been moderately okay. Granted, the only sales I see at the moment are the ones that come in via Bandcamp. CD Baby has not yet reported any of the sales from Amazon or Apple Music/iTunes, nor from any streaming sites like Spotify, Pandora, or Deezer. I have to wait until at least the end of the first quarter for those figures to start coming in – possibly until the second quarter. It’s frustrating as hell not to know what the sales figures are for your work!

In the meanwhile, here’s some incentive for those of you on Facebook to come by and join my Lee Jackson Audio Community Discussion Group. Once you join, you’ll see a post with a code for a 20% discount off of a copy of “Duke Nukem Tank Tracks” from Bandcamp. This version comes with high-quality digital cover art from renowned webcomic artist Kittyhawk and a seven-page liner note booklet! All of this for 20% off the regular low price of $10 for 15 tracks of new music! Just go to the link at the start of this paragraph, make sure you answer the join-up questions that are presented to you, and you’ll be golden. I look forward to seeing you in the group!

The moment has finally arrived! My third album, “Duke Nukem Tank Tracks,” has been released!

This album was begun in 2018 and worked on (i.e., tweaked to death) until its completion in early 2021. It was inspired by the levels in “Duke Nukem 3D” and its successors, the “Atomic Edition” and the “20th Anniversary World Tour.” To write it, I dug back into the original MIDI music that Bobby Prince and I did for the game, studied the hell out of it, and came up with 15 new tracks using music and audio technology that wasn’t available back in 1996, when the game first came out.

I’m doing a digital-only release this time around. You’ll be able to either purchase the album for download or stream it. It’ll be available at tons of locations, including Amazon, Bandcamp, Spotify, and others. If you want to keep track of the major sites it’s on, visit my HearNow page, bookmark it, and keep checking back as new sites show up. By the way, you’ll be able to hear sneak previews of all 15 tracks on my HearNow page as well – one more reason to visit!

There are a couple of bonuses available if you buy the album from Bandcamp (base price $10). First, you’ll get a high-resolution PNG file of the digital cover art, created by renowned webcomic artist Kittyhawk. Second, you’ll get a seven-page booklet of liner notes, complete with info about each of the 15 tracks. Finally, those liner notes will include info on how to get the “DUKE NUKEM TANK TRACKS” OGG PACK, which will let you play the album’s songs inside the PC version of the “Duke Nukem: 20th Anniversary World Tour” version of the game!

The OGG Pack, which sells separately from the album for $5, is a ZIP file containing OGG format files of all 15 songs from the album, ready to be inserted into the game. It comes complete with a USER.CON file and a READ_ME.TXT file which will help you get things set up. It’s available from the “DUKE NUKEM TANK TRACKS” OGG PACK Store.

Three years is a long time to wait. I hope you’ll agree it was worth it. Download your copies today!

Duke Nukem, Gearbox, and the Duke Nukem logos are registered trademarks, and Gearbox Publishing is a trademark, of Gearbox Enterprises, LLC. 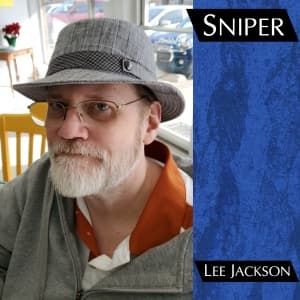 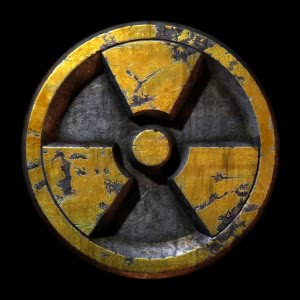 I’ve gone to the Wayback Machine and retrieved an old post I made back in 2000 about an old classic – Grabbag. The post comes from the old 3d Realms Ultimate Bulletin Board, and it’s very in-depth about the song and the circumstances that led to its creation. The only thing it lacks is a musical analysis, but if things keep going the way they are on the Lee Jackson Audio Community Discussion Group on Facebook, you may find that coming up this weekend.

I hope you’ll enjoy the read!