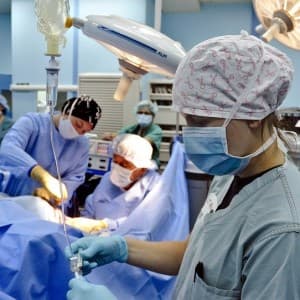 The new knee is in! It hasn’t been easy, but at least the process is under way.

My left knee got completely replaced in an approximately 90-minute operation on September 4th. I woke up in serious pain afterward. During the days that followed, my pain level hit a 10 out of 10 at points. I give the hospital poor marks for their pain management – they kept me either behind the pain, or so drugged out I couldn’t tell my own name.

They got me up on my feet once during the 6 days I spent there. I took a couple of steps and sat back down. A second attempt to stand failed miserably.

You’ll note that I’m not posting pictures of the incision, surgery, or anything else. That’s because the only ones I have are too gross to post. When they first unwrapped my leg, my wife was there, camera in hand. She saw what looked like barbecued beef brisket, with plenty of bark and several blistered areas. My leg had reacted with the Tegaderm adhesive placed over the stitches and caused blood blisters and large skin blistering, which had to be drained. I still look somewhat brisket-y, but nothing like I first did.

On September 10th, they transferred me to a “skilled nursing center” in Garland, TX. Here, I’m supposed to get more physical therapy. I am, I’ll admit, but I’m not getting much else. The food here is weird – I’ve lost 20 pounds from not eating it. I won’t say much else for fear of getting in trouble.

Getting used to a new knee is hard – excruciating at times. Just getting up from the bed or a wheelchair is the hardest part. Your muscles get confused working with a new zirconium/titanium interface, plus they hurt like hell since every one of them have been cut and are swollen. By comparison, standing and walking are easy. I can put 50/50 weight distribution on my legs. Still can’t 100% bend the leg, though. Too swollen.

Anyway, it looks like I’m going to be here for a couple of weeks minimum, which sucks – I can’t even see my wife due to COVID-19 restrictions. I’ll manage, but damn, I want to go home. 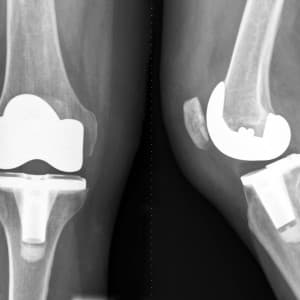 Tomorrow’s the day, barring a panic call from the COVID-19 testing center of the hospital. I had that test run yesterday, and yes, it was of the “brain scrape” variety (i.e., insert a long swap through the sinus cavity so that it feels like they’re scraping your brain). If I hear nothing of the results, that means it’s safe to report to the hospital on Friday (Sept. 4th) for total knee replacement surgery.

I know some of the specifics of what they’ll be doing, but not many. They’ll be using a product manufactured by Smith+Nephew, but I don’t know which product. It’ll be made out of zirconium and titanium, which means it’ll be safe around MRI machines. Don’t know what it’ll do around TSA scanner machines.

One new twist got added to the operation on Wednesday morning. I had a sleep study run last Friday, and they determined that I have borderline apnea (can’t confirm it because I didn’t have any REM sleep during the study). They’ve given me an APAP machine, with APAP standing for Automatic Positive Airway Pressure, and I’m going to have to take it with me to the hospital. The anesthesiologist will hook me up to it after the surgery is over.

There. That’s the anxiety about the surgery out of the way. How about some good news? The Derivations CDs are finally for sale on Amazon! If you’re viewing this on a computer, you’ll see the link to the right of this text.  If you’re on a phone, you’ll probably see it at the bottom. For good measure, here’s the link to the Amazon CD sale. Quantities are limited, so grab yours while they’re still in stock!

Thank you for reading. My next update will probably speak of a new world of pain. Prepare yourselves. 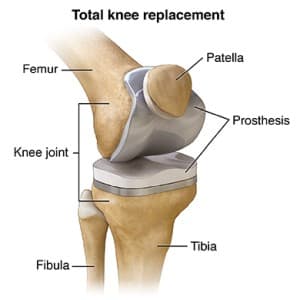 I’ve been waiting 36 years to make this post. Let’s start at the very beginning. Gruesome details follow. You have been warned.

Back in 1984, I had a rather massive bicycle crash that sent me sprawling over a sidewalk and several feet farther onto an asphalt parking lot. The bicycle, my sister’s ten-speed which I’d borrowed to get to a Drum Corps rehearsal (Houston Nighthawks), had serrated pedals designed to grip onto your shoes. I, on the other hand, was wearing a pair of Sperry Top-Siders with no socks, as was the fashion of the day. As a result, when I landed, the right pedal slipped and gripped instead into the top of my foot, tearing a gash downward toward the tendons. The crash also caused collateral damage of which I was unaware at the time, since I was distracted by the profuse bleeding filling up my right shoe.

To my great fortune, the pastor of a church located directly across from the accident scene witnessed my wreck and helped me out. I was going into mild shock as he brought me to the home of the Nighthawks’ director, who immediately took me to the nearest hospital. I was given six stitches beneath the skin and 14 above to seal the tear in the top of my right foot.

A few days later, I hobbled on board the Nighthawks’ tour bus for our final trip of the season, beginning with a stop in Dallas. As we entered the city, my left knee quite literally swelled up to the size of a basketball. The pain was unbelievable. I remember a brief conversation with our corps director, who asked if I could put up with the pain (“no, not really” was my answer, I think), but I remember very little from the remainder of that evening. I performed the last three shows of our corps’ existence, the final two with the aid of a wheelchair. My right foot healed, but my left knee did not.

I had arthroscopic surgery performed later that year on my left knee. It was less than successful – I was stuck with a cane for a year. In the years that have followed up to the present day, I have been off and on a cane, had medicines injected into my knee, undergone physical therapy, been placed on chronic pain management, and most recently been through another arthroscopic procedure.

Now, at long last, I have been given the prospect of real pain relief. A knee surgeon has agreed to do a total knee replacement of my left knee. Unlike the photo I’ve used for this post, my patella (kneecap) will also be replaced, since it is one of the worst causes of pain in my knee.

I’ve still got about a month to go before the surgery, which will be performed as an inpatient procedure, requiring a stay of two days after the operation. I’m going to have to undergo a lot of physical therapy, with the early stages likely more painful than what I’m experiencing now. There is a light at the end of the pain tunnel, though. If things go the way they should, I will eventually experience much less pain than I do now, with the possibility of little to no pain after 18 months’ time.

Despite the outlook of increased pain immediately following the operation, I’m looking forward to it. I know the pain won’t be permanent, and if I work hard enough, it may go away entirely. I can’t resist an outcome like that.

I’ll be sure to keep you updated on how things go. Please wish me luck.

Here is the gallery from inside my knee operation: 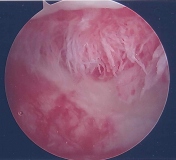 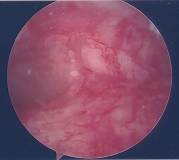 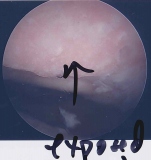 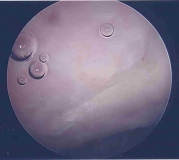 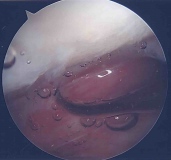 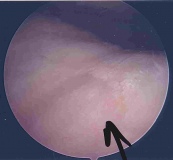 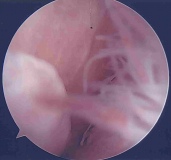 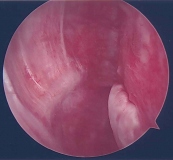 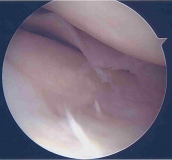 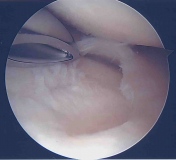 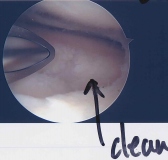