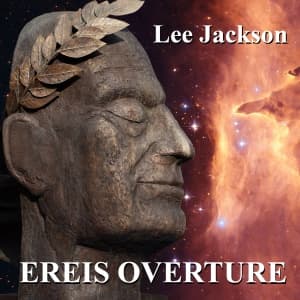 Thanks to commissions, it’s time to announce the release of a new single! This one is dropping today (Friday, January 28, 2022), and it’s the result of a client by the name of Mr. Peter Campi, who wanted music that sounded like the works of composer Miklós Rózsa, with a little bit of John Williams tossed in. Mr. Campi wanted something that evoked the sounds of the sinister side of the Roman Empire, but in an outer space setting, all within 3 1/2 minutes. Not an easy job to fill.

The end result is a work that I’ve named “Ereis Overture.” I will let you guess at the meaning of the word “Ereis.” The overture pushed me in ways I’ve never been pushed before. First, I had to unleash the forces of a pair of virtual instruments I invested in last year but have never used until now. These instruments, created by Aaron Venture, were his Infinite Brass and Infinite Woodwind virtual instruments. They’re quite the powerful beasts, and I fear I haven’t tamed them – I’ve only managed to get into the same arena with them, thanks to the help of a new piece of hardware, the TEControl USB MIDI Breath Controller. I also had to learn how to use the percussion part of another virtual instrument library, that being the Sample Logic Virtual Ensemble Trilogy. (Fortunately, I caught a break when it came to the strings – they were supplied by the Mighty Roland SC-88Pro.)

I wasn’t alone on my journey through this piece, thank goodness. This time, I had a special beta team helping to guide me as I wrote and produced the overture. This secret group of folks, who I call the Night Hawks (in homage to the late drum corps out of Houston with which I marched in 1984), worked with me on the project for several weeks, and they were incredibly helpful. I’m recruiting new members for the Night Hawks as I transition into work on my next commission. The recruiting is taking place in my Facebook discussion group.

Anyway, Ereis Overture is officially out on Bandcamp! I hope you’ll purchase a copy, but if you’d like to hear a preview, here’s a player for your listening pleasure: