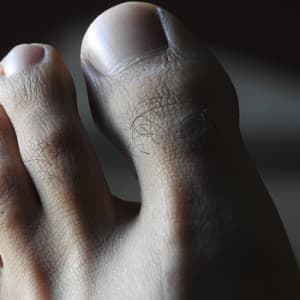 Folks, once again, I am in the hospital. This time, I’m in for a painful infection in the big toe of my left foot. The backstory is too long to post here on the main page, and if you’ve been following my posts on Facebook and elsewhere, you already know it. In the event you don’t, you can read my post, called The Ballad of Big Toe.

This morning was pretty normal, as far as a stay in a Long-Term Acute Care (LTAC) hospital can be. My wife showed up early, and we resumed the “Sorry!” Partnership tournament. (Note: she would go on to trounce me 3-0 during the day.) Late in the morning, we were paid a visit by my case manager, a physical therapist, a nurse, and a wound care nurse, together at one time. They discussed my case with my wife and me, giving me a tentative release date of August 14th. I’m hoping I’ll be out earlier than that, but you never know, especially with the way this cellulitis has progressed.

Shortly after noon, my son and his wife arrived. My son had his new viola case with him. Quite impressive, it was – unless I’m mistaken, it was built out of blue fiberglass and fashioned like a sturdy cello case, with latches all over the place. He’s quite proud of it, and I believe his wife (a violinist with a regular-style, more expensive case) is a tad bit jealous. Anyway, they stayed for a couple of hours and made life more enjoyable.

Late in the afternoon, I developed a bit of a problem in my left arm, just below my PICC line. A rather startling lump formed on the right side of the inner crook of my left elbow. The timing of it is rather suspect, because it formed as I was receiving my last IV of antibiotics (at least, I noticed it as the IV line was being disconnected from my PICC line). The lump is about an inch-and-a-half long by three-quarters-of-an-inch wide, and I think it sits right above a blood vessel. The night nurse looked at it and decided to give my case doctor a call: he ordered a venous ultrasound for tomorrow to find out what’s going on inside.

You know, just for once I wish something would act the way it’s supposed to with this hospital stay. Just once.