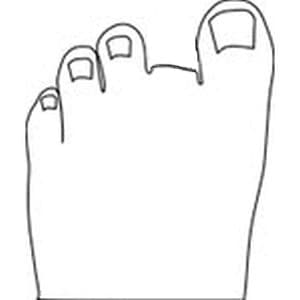 My partial amputation surgery this past Monday (2018/12/17) was successful. I was literally in and out of the operating room in 15 minutes. They didn’t even move me off of the gurney from the pre-op room: I stayed on the same gurney the entire time, from pre-op through post-op.

I usually have problems with anesthesia, especially with post-op shivering and nausea. Not so this time. The anesthesiologist said she would keep me on a Propofol drip, not really putting me completely into deep anesthesia, and would give me a pain block down by my foot. Whatever she did, it worked like a charm. I woke up feeling wonderful, fully rested and raring to go. I coasted through post-op and was out of the hospital in no time, dressed in a knee-high surgical boot on my left leg (which I don’t have to wear around the house).

Today (2018/12/20), my wife took me in for my post-op follow-up visit. Things didn’t go quite as well as they had on Monday. I was in pain from some part of the dressing rubbing up against the surgical wound. The cause became obvious once the nurse unwrapped my foot, although I really didn’t catch it until I looked at the pictures my wife took (see links later – be warned, they’re not pretty). The nub was swollen at the suture line, and it started bleeding profusely once the wrapping was off. The doctor brought in some silver nitrate sticks and used them to chemically cauterize the wound, stopping the bleeding.

Now, as promised, here are the pictures. I must warn you that they are not for the faint of heart. All three photos show that the stitches are oozing blood, prior to the profuse bleeding mentioned earlier. There is also a scab on my big toe – it’s left over from a cut I got when my wife tried to cut a hole in my compression stocking (a totally different story) and instead hit a blood vessel. It bled for hours. So, if you’re sufficiently braced and ready to confront them, go ahead and click on the following links for the pictures:

You can see in the photos that the doctor amputated two bones. According to the pathology report, he got all of the infection, so I should not have a recurrence of the problem.

I’ve got a follow-up appointment on the 2nd of January, two days prior to which I’m scheduled to go in for another back operation on the 4th. Wish me luck.