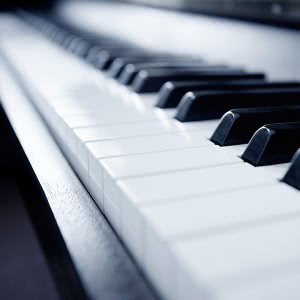 If you’ve been following me on Facebook, you’ve seen that I’ve had a couple of issues with music hardware over the past few weeks. If you haven’t, you might want to read on. There could be one or two educational points within.

It all started with a vintage synthesizer. Many years ago, I bought a Yamaha CS6X.  It’s a very powerful synth, but circumstances have prevented me from using it in my music. That changed recently, as an opportunity to write more music presented itself. So, after I purchased a dual-level keyboard stand, I convinced my wife to haul the keyboard out of storage for me. We plugged in the power and the cables, then switched it on. I went to play it.

I tried playing it through Cakewalk by Bandlab via my Arturia Keylab 88 controller. The level meters showed that a MIDI signal was going to the right place. Still no sound. I tried fiddling with the front of the patchbay. Still no sound. I messed with the cabling on the mixer. No sound at all.

That’s as far as I could go. You see, since I’m disabled (and still healing from surgery to fix a broken foot (a story for another time)), I can’t get to the gear that I originally assembled — in other words, the back side of the patchbay, where the problem likely exists. I’m going to have to wait until my son has time to come over to the house and help me. Don’t worry, he’ll be compensated.

The music hardware problems don’t end there, though. Another one hit me after a software upgrade. Allow me to explain.

Back when I started working on the Duke Nukem 3D 20th Anniversary World Tour project, I purchased a copy of Native Instruments’ KOMPLETE music software bundle. Talk about a powerhouse! It has samplers, synths, sound libraries, and more, all in one rather expensive bundle. Over time, I upgraded to the even more powerful (and more expensive) KOMPLETE Ultimate bundle. I’ve been using it ever since.

On or about October 1st, the latest and greatest version of KOMPLETE Ultimate became available. Of course, I had budgeted an upgrade to it, so I made the purchase and watched with great anticipation as the download commenced. Over thirty new sound libraries were included with the upgrade, all (I assumed) for use with the KONTAKT sampler that is part of the package. I assumed wrong. When the upgrade was finished, I fired up KONTAKT and looked for the libraries, only to find none of them listed in my database.

I went looking for them on my hard drive. When I found them and dug into them, I discovered to my dismay that they were designed for use with a piece of music hardware that Native Instruments builds and sells. That hardware is called MASCHINE. (Native Instruments does all the capitalization, not me, by the way.)

My options were few: either live with the fact that I had all of these untouchable sounds, or hunker down and buy one of the versions of the MASCHINE hardware. After some negotiation with my wife, I finally decided upon the latter. I chose to buy the entry level model, the MASCHINE MIKRO Mk.III. I got a good deal, thanks to the help of my sales representative at Sweetwater Sound, and by the time you read this, that model should have already arrived. It hasn’t as of this writing, though, so I’m looking forward to seeing how it works and am hoping that it doesn’t cause any problems with my Cakewalk setup.

Both my wife and myself have had about all of the music hardware problems we can stand for now. All I want to do now is write music. Please.