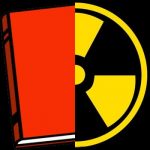 While we await the impending release of the Duke Nukem 3D: 20th Anniversary World Tour with some of my new music in it, a few other things have been going on. For example:

As always, thank you for reading!