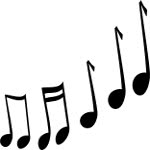 It’s not even 5:00 a.m. here, yet I’m awake already. Have been for about an hour and a half now. Granted, I had some help from the thunderstorm that rolled through, and I’ll have more from the next wave of storms headed this direction. I also had some help from the pain coming from the edema that has swollen up my right foot. Other medical problems have given me problems sleeping as well—my broken toe, my back, and the coughing fits that still go on to this day.

Yet there’s a cat sleeping next to me on the sofa. He’s curled up, one paw over his eyes. Thunder doesn’t seem to faze him. My coughing does, though.

You see, I finally (finally!) saw the Ear, Nose, and Throat (ENT) doctor last week. I was supposed to see him for coughing fits that would last a good five or ten minutes without a break. My primary care doctor determined that I was having laryngospasm coughing, which the ENT could treat. Well, the coughing has mostly cleared up–not all, but mostly–and I’m left with the aftermath: a voice that is not what it once was.

Believe it or not, if you include falsetto, I used to have a five-octave range. That’s no joke, even though I’m not a singer. I simply loved playing around with my voice. I would even mess with the cat sometimes, talking to it in high registers just to see the look on its face. However, he’d still come up and sit by me when he got in the mood.

Then the coughing kicked in. My voice went from a smooth, brilliant five-octaves to a croaky two octaves at most—sometimes less. If I talk too much or get too tired, my entire range sounds like a bullfrog. So much for making any music with my voice. I can’t even hum in my old range.

But the cat didn’t care. He’d still come to my side. He’d come when I’d croak to give him treats. And now, as I type this, he’s sitting next to me, coughing and thunderstorms be damned. He woke up when I coughed a moment ago, but a few seconds of petting put him right back to sleep.

The ENT may be able to give me my voice back, but my cat won’t care. He’s happy with where he is in the world. That’s all that matters to him.

I think I may have something to look forward to, health-wise, at long last. I received a phone call yesterday (June 7th, 2017) telling me that the paperwork to refer me to a neurosurgeon and to the pain clinic at UT Southwestern Medical Center in Dallas has finally been faxed. It’ll be a few days before I hear anything back from them—I’m guessing Monday—but I’ve got phone numbers in the event that something goes FUBAR. After all of the long, drawn-out assembly-line medicine that I feel like I had to deal with at my last place, I’ll gladly wait a few days to get into a place with a good reputation.

(EDIT: I already have an appointment with the neurosurgery department! They called on Thursday (June 8th) and wanted me to come in the following morning! Of course, that did mean I had to fill out a metric crapload of paperwork in a very short time. I hope it was worth it!)

The only thing I’m not looking forward to is the commute, even if my wife is going to have to drive it for me. It’s near Downtown Dallas, on the other side of one horrendous mess of a construction zone that won’t be completed any time in the near future. The old place was just a 20 minute drive at most. This could be an hour at best.

On the opposite end of things (pun intended, sort of), I’m finally done with the Lasix! No more running to the restroom at inopportune times, and hopefully no more feeling like crap from the electrolyte swings, despite my best attempts to keep hydrated with a caffeine-free tea and Gatorade mix. My edema is pretty much gone, although the bruising on my right shin is acting strange. It started itching like crazy yesterday, and when I looked at it, that part of the bruise was replaced by a raised, red area. It’s still that way, but it doesn’t itch so much. My doctors are going to have fun with it today (yes, doctors—I see my primary care doctor late this morning, followed by my podiatrist early this afternoon).

Now, while I’m on an upswing of sorts, I want to take time to thank my friends in a certain webcomic discussion forum that I’ve frequented for almost a decade now. They have been extremely kind to my wife and myself, purchasing items from our Amazon Wishlists to help bring up our spirits in some very trying times. My wife has been having fun with a trail camera, which she uses to track feral cats for the local Trap-Neuter-Return program. My items have been restricted to a few CDs, until yesterday. I received a box of SAAG’S® Bistro Bockwurst—four packs of four sausages each—from my list, purchased for me by a very good friend from Denmark.

Why am I so stoked about this? Well, it has to do with IndyCar racing. Hold on, I’ll explain. My wife, my son, and I are huge fans of IndyCar racing. I’ve been a fan since the heyday of A.J. Foyt, when he finally won his fourth Indy 500 title. I lived in Houston at the time, and the city went wild. Anyway, I passed along my addiction to my wife and my son. We all know what a weight jacker is, more or less, and can even tell you what the acronym in SAFER barrier stands for (Steel And Foam Energy Reduction). As such huge fans, we make a point of going out to the Texas Motor Speedway and watching the IndyCar race held there every year.

That’s not going to be possible this year. I can barely walk across my house, much less across the concourse of a mile-and-a-half speedway.

So, what we’re going to do is have a bit of fun at home. We’re having a sausage party. (No, not THAT kind of sausage party.) I should probably rephrase that. We’re having a Wurstfest of sorts while we watch the race on TV. I ordered some bratwurst and weisswurst from GermanDeli.com and called my son to ask if he’d cook them up for us before the race. He’s a budding cook, so he gladly agreed. He’s even got some ideas for a German side dish to go with the traditional potatoes and sauerkraut.

Now that we have a bockwurst bonanza, we can experiment with it and see how best it should be cooked. I doubt we can go wrong. I mean, we’ve even got the fixings for authentic currywurst.

It’s going to be fun, I hope—one night to take my mind off of the medical nightmares that I’ve been going through lately. I can damned sure use it.

My wife’s undead computer is undead no more. It has been brought back to life by swapping out the old, dead Xigmatek PSU for a new Cooler Master PSU (appropriate, since she has a Cooler Master Centurion case). My son came over and took care of the swap earlier today. Glad it was a relatively easy fix.

I spent a good amount of time with my son afterward, discussing various projects and watching Dallas Stars hockey. Much fun. We don’t get to see each other often, since a) he lives halfway across the Dallas / Fort Worth Metroplex, and since b) his wife can’t come over with him because she is deathly allergic to our cat. Computer repair calls are about the only time I get to see him lately, with the odd trip over to their apartment for a dinner date being an exception.

Now, I’m not saying we need more broken computers for him to fix … 😉

It took me a while to get going this morning, but once I was up and mobile I actually managed to get a few things done on the new computer. The day was much better than yesterday, health-wise. Thanks for the well wishes.

I’m having to re-acquaint myself with Cakewalk Sonar X3’s MIDI entry and editing features. Yes, it’s been a while since I messed with it, and no, the new MIDI controller keyboard still isn’t hooked up (still waiting for the replacement USB cable). I’m back to the old-school way, entering a note at a time via the Piano Roll view and editing things via the Event List view. Slow going at first, especially when wrangling Sonar’s MIDI clips feature (I really miss Cakewalk 2.0 when it comes to copying and pasting), but my speed increased by the end of the day.

The computer continues to run without a hitch so far. I’ve had it running Prime95 overnight, and it handled last night’s assignment like a speed demon. I do have to lock the system at night while it runs, though—my cat still thinks that my desk is part of his domain, and he has been guilty of cat-like typing in the past.

Comments? Questions? Please feel free to use the Contact page. Thank you for reading!