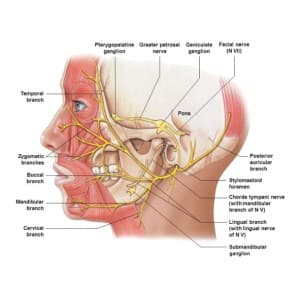 Welcome to a health update. Several things have happened since the last one. Let’s begin.

First up is my right foot. It started developing problems after a follow-up appointment with my podiatrist. I felt a sharp pain in the ball of the foot, behind the big toe. The pain eventually developed an accompanying ulcer, which required daily treatment and antibiotics for a couple of months. The ulcer waned, then began to grow again. I managed to take it in to my podiatrist early during the re-growth phase, when the doctor finally caught the root cause: a sliver of metal had worked its way inside my foot. The doctor debrided the area and dug out the deeply-embedded sliver, then put me back on antibiotics to clear up the ulcer. So far, his treatment has worked, and I am pain- and ulcer-free.

During one of my latest appointments with my podiatrist, I asked him to refer me to one of his doctor group‘s knee specialists. You see, I walk with a cane for many reasons, one being arthritis in both knees. The doctor I was referred to had an MRI performed and found that I had bone spurs on my left knee and severe arthritis behind my left kneecap, and not quite so severe arthritis behind my right kneecap. I was hoping for arthroscopic surgery to fix the problems, but instead the doctor insisted on using something called GELSYN-3. It’s a gel-based product that’s injected into the knee joint, once a week for three straight weeks. I’ve already had injection number one, and will have my next injection in two days. All I can say so far is that it’s made my knee quieter for a few days, but the pain remains. True relief is supposed to kick in between 4-6 weeks. We’ll see if that happens.

Finally, and most complicated, has been my teeth and the nerves in my face. To start with, I had a tooth break on me one evening. It’s a pretty hefty break, almost half of the surface of a lower left back tooth, but fortunately it doesn’t go down into the nerve. I tried to see my regular dentist about it the next day, but she was on jury duty and a substitute was seeing her patients. He saw me and said that the tooth was “salvageable,” and added that it didn’t need immediate treatment. So, I waited until my regular dentist had an appointment available.

My dentist went to work on appointment day, numbing the area. The first shot went deep into the lower back left side of my jaw and was accompanied by an audible “pop.” I had a very hard time getting numb—in fact, it took a total of seven shots to get me numb (four in the jaw and three directly around the tooth). After the appointment, I went home and slept off the numbing agent.

When I woke up, I found two things: one, the tooth that had the break was still broken, and two, I had a very odd sensation in the left side of my face. I immediately called the dentist to try and figure out what happened. I learned that the substitute dentist had reported two broken teeth (my very back tooth, plus the one in front of it (the tooth in question)), and that my dentist had worked on the very back tooth first. Second, I was told that I needed to see my primary care physician for the sensation in my face.

I should probably describe the sensation in my face at this point. I mean, that’s why I chose the picture I did for this update. What I had was numbness on the exterior of my face, combined with severe pain that ran through the center of my jawline, the middle of my cheek, and the left edge of my eye. On a scale of one to ten, I gave it almost an eight.

Of course, my primary care doctor was booked for the rest of the day plus the following day (a Friday), so I wound up seeing his assistant. She looked me over, went and talked with my doctor, and came back to give me my diagnosis: post-procedural nerve pain. She gave me a prescription for 100mg of gabapentin, to be taken three times a day. Unfortunately, that didn’t do any good, so I called and got a new prescription from my regular doctor on Monday – 300mg three times a day. Now, I don’t know if you’ve ever taken gabapentin, but trust me—at that dose, it will turn you into a zombie but quick.

A week later, my regular dentist called to set up an appointment to see me. She examined me and told me that she had probably bruised a nerve when she gave me one of the shots, and that it’d just be a matter of time before it healed. It’s been a couple of weeks now, and things have only got marginally better.

However, while she was looking things over, she noticed something else. I had a swollen lymph gland on my lower jaw. With the report of pain in my eye, she decided to take some X-rays of my upper left teeth. Sure enough, she found something: an abscess at the base of a tooth that had had a root canal performed (apparently badly) several years prior. It’s going to require re-treatment through the porcelain crown on top of it, along with more antibiotics. I’m going to have to pay a huge out-of-pocket charge, and it’s not going to be any fun getting the work done.

So, let’s see—foot, knees, tooth, facial nerve, root canal … did I miss anything? Dear Lord, I hope not …