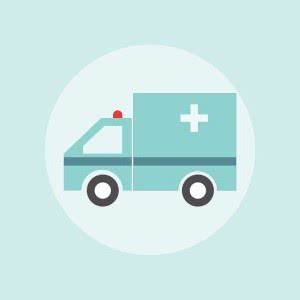 At the end of Part One, I was being transported to a hospital by a Rowlett, TX ambulance. I should mention that I was also wearing a cervical collar to stabilize the head I’d banged against the parking lot asphalt. Now, when you haven’t trimmed your beard for a while, this “C-collar” can be quite uncomfortable; it pulls on your beard hair from the moment it’s placed around you. I’d also been given an IV in my right hand while the ambulance was in motion. I can’t recommend this, especially on bumpy Rowlett roadways. I’ve still got the shadow of a bruise where the EMTs didn’t quite make an exact hit on the vein.

(For those of you wondering, I did ask if they’d just use my PICC line. That’s apparently against Rowlett EMS policy. Sigh.)

The receiving medical personnel rushed me inside the hospital, yet made me wait in a hall on a gurney while an emergency room was freed. Once one was found, the nurses ushered me into it and did the standard dance of connecting me to a myriad of wires and a blood pressure cuff. (They wouldn’t use my PICC line at first, either. More on that later.)

Unfortunately, the matters of my equilibrium loss, swollen legs, infected toe, and so on got completely lost in the shuffle.  I had just experienced an accident, and that was Job One. The doctors concentrated on my pains from the fall, which I’ll admit were severe.  They ran CT scans of my chest and head. They took blood tests. They ran ultrasounds. All seemed geared toward figuring out how badly I was injured.

A doctor came in after several hours of this rigamarole and told me that I was free to go. He said I’d sprained the intracostal muscles between my ribs near my diaphragm and had suffered a mild concussion, but that was all. We asked him about the items I’d been referred for—the equilibrium, the leg swelling, the toe—all of the other ailments we’d reported to my primary doctor. He said I should see my primary doctor about those.

Ahem. Someone wasn’t paying attention to the original referral. We left, frustrated and exhausted.

My wife and I decided we were going to try to convince my infectious disease specialist to hospitalize me at my appointment a couple of days later. Same story: she said I had to go through a hospital emergency room and be triaged first.

This time we had our choice of hospital. We chose one where our infectious disease specialist had privileges and which was at least on my primary care doctor’s data network. We arrived in much less dramatic fashion: just a simple truck ride to a parking lot, with my wife dropping me off at the disabled entrance first. I’d been at this hospital before and had kept my records updated through the network’s online patient portal, so check-in was relatively simple.

We had about a two-hour wait before anyone would see us. At least when they did, they paid attention to the referral notes from my doctors. It took approximately five hours for them to complete their tests, pokings, and proddings before the hospitalist showed up and announced that, “If you see me, that means you’re getting admitted.” I think my wife was more relieved than I was, since for her it meant she could finally go home, feed the cats, and go to bed.

My journey, however, had just begun.

In the next installment: fall risks, redundant IV lines, and dangerously strong antibiotics.