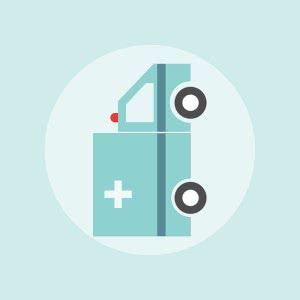 Your first 48 hours in a hospital room are the most chaotic, or so I’ve learned. No one is ready to dispense your medications—especially your pain medications—and no one is really ready to do much other than administer IV fluids and draw blood. In my case, it took the hospital staff about 48 hours to decide to use my PICC line for antibiotic infusions and blood draws (more on this later).

After I made at least three inquiries about my medications, despite me having given them a comprehensive list of everything I take upon admission — complete with dosages — the nurses finally started giving me most of my morning, midday, and evening drugs. However, they kept asking me about one of my herbal supplements; they couldn’t seem to get it through their heads that I didn’t really need it until I flat out told them to forget about it, and that even took two attempts. Not the sharpest pins in the cushion.

As for the antibiotics, they switched me to some more powerful medications: Vancomycin and Zosyn. They had to monitor my blood levels of Vancomycin (via a test called a Vancomycin Trench) to make sure it wasn’t harming my kidneys. My numbers did go high a couple of times, resulting in them discontinuing it until the numbers went back down. Strong stuff, and dangerous at the same time.

Another medicine they gave me was something called Lactulose. I’ve been suffering from Opioid Induced Constipation for over a year. Lactulose blew that wide open, but not until after I’d left the hospital. I’ll talk about that in part four of this series.

If there was one plus to my hospital stay, it was the diet that they put me on. I was on an unmodified, normal diet. Believe it or not, some of their food was actually good when you put salt on it. I’d come to miss that in the near future.

One thing (okay, three things) I had to get used to was the tower of patient I.D. rings on my left arm. Not only did I have the standard admission band, I had one for allergies and — worst of all — one that labeled me as a fall risk. The latter meant I couldn’t get out of bed and move the few feet to the bathroom without first calling for a nurse. The nurses naturally had more important things to do, so there was often a delay. The most embarrassing part about “fall risk” status had to be what happened when I was finished with the bathroom. I had to pull the Emergency Cord for help getting back to bed. Believe me, the Emergency Cord is not misnamed. I had three people respond once, and that was with a speaker to explain why I’d pulled the cord.

I said I’d discuss my PICC line again. Well, it was still perfectly useful for infusing antibiotics, but one day it stopped giving blood. They flushed that side of it out once, but after one draw it clogged again. The nurses had to go back to drawing blood the old fashioned way until I got home. Insert the classic pincushion cliché here, because it really applied to me. Every day, sometimes multiple times a day, I had blood drawn.

Now, before you start to think that my hospital stay was all non-stop procedures and nurses coming in to bug me, let me correct you. There was plenty of down time between meals and each blood draw. I spent a lot of time either asleep or watching NBCSN’s coverage of the IndyCar Pocono 500 race. (Thank goodness their TV system had NBCSN.) My wife spent plenty of time with me at the hospital, but I’m afraid I wasn’t very good company, what with me unconscious most of the time.

Speaking of my wife, she did great service trying to get our insurance company to pay for the next phase of my treatment. You see, the hospital was keen to get me into a “skilled nursing facility,” part of a nursing home complex, where I could get some physical therapy worked into my daily routine. She spent an eternity on the phone until she finally succeeded in getting the insurance company to let me in on their dime. I had mixed feelings about leaving the hospital; most of me wanted to stay, but part of me wanted the new adventure.

In the fourth and final part of this series, I’ll explain why I came to regret my sense of adventure.