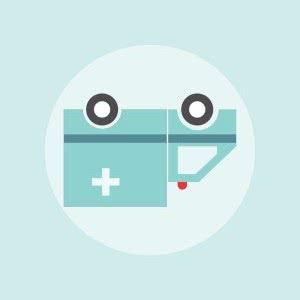 Before I discuss the final part of my journey, I should note that the hospital wanted to send me back home after a week and put me on the same two antibiotics which weren’t working in the first place. The only way I could stay on the Vancomycin and the Zosyn antibiotics was to be transferred to a skilled nursing center, which my wife worked her derriere off to arrange. She has my gratitude for that.

Now, back to our story.

My first impressions of the skilled nursing center were … well, let’s just say they were less than favorable. My room was dominated by a giant analog clock, which was broken. There were two beds: my bed and another that was literally folded all the way down to the ground. Elsewhere in the room, a noisy hotel-style air-conditioner kept the room just above freezing. Old linoleum and an ancient paint job topped off numerous other deficiencies, the worst of which was the lack of NBCSN on the cable system (no IndyCar coverage for me).

It’s kind of hard to write about the skilled nursing center (henceforth known as “the center”), because I spent so much time asleep in it. A stimulation of the senses it was not. However, one could always count on the regular parades of nurses and technicians that seemed to appear all at once, three times a day. Pills (which they were much more on the ball with than the hospital, I’ll grant them that), IVs, vital sign readings, cleaning (occasionally), blood draws (every other day) and food.

Someone had arbitrarily decided that I needed to be placed on a low sodium diet. I would like to find that person and slug them in the mouth. They are guilty of crimes against humanity. I mean–egg loaf? Who in the world dreamed up egg loaf? It might have been edible with a few grains of salt, but of course–no salt packets allowed. They even had the temerity one day to serve grits without butter and salt. Now, for those of you who grew up in my part of the country, that’s not a crime against humanity, it’s a crime against nature. I don’t know if I lost any weight while there, but I can guarantee that I didn’t gain any.

My life as a fall risk continued, but without the absolute strict limitations that were in place at the hospital. It started out that way, but the nurses seemed confused by what I was doing. The problem was compounded by the lack of a speaker on any of the call buttons, including the ones in the restroom. You should have seen the reaction when I pulled the cord in the restroom the first time. It was like I’d triggered a fire drill. I eventually gave up on the call buttons and used either my cane or my IV pole to help me get around inside my room. That was as far as I could go unaccompanied, though. I wasn’t allowed outside.

IVs were the main reason I was in the center, and I was on them practically all day and all night via my PICC line. Four bags a day for the Zosyn, and two a day for the Vancomycin. It didn’t matter if I was asleep or awake. The nurses would come in and either plug in a new bag or remove an empty one.

One aspect of life there that I did look forward to, aside from my wife’s nightly visits (with edible food!) and my routine losses to her at Scrabble (I did tie her once), was physical therapy. PT time meant I could leave my room for a change. They took me through the complex using a walker and taught me how to use it to climb and descend stairs. They did balance therapy, something I desperately needed. They did hand/eye coordination exercises and strengthening exercises–stuff I wasn’t getting while sitting on the edge of a bed or lying down and sleeping. My wife said she could tell a difference when I got out.

The last thing that I’d like to touch upon is something I mentioned in part three of this story. If you’ll remember, I was given two doses of something called Lactulose for my opioid induced constipation (OIC) while in the hospital. It started to kick in around the second day of my stay at the center, and it didn’t stop kicking in until after I got home. The stuff is a well-kept secret for anyone suffering from OIC. Before you try any other medicine, get your doctor to try this on you first. Just make sure you’re aware of the locations of all the bathrooms in any area you’re in while it’s working.

My exit–after a week, just like my hospital stay–was a “Thank God and Good Riddance” moment. It showed how poorly their intra-staff communications worked, because they still had me on the schedule for physical therapy. No thank you, I’m going home. All of my IVs were finished, and I had nothing else holding me back. All I wanted to do was go home with my wife and finish healing.