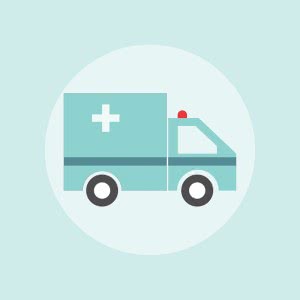 There’s been a bit of a gap since my last post, the reason for which is that I’ve been getting my butt kicked by accidents and general poor health. What I thought would be a month of doing IV antibiotics at home has become much more severe. Allow me to explain.

Shortly after my last post, I began to experience swelling and redness in my lower right leg, accompanied by extreme flaking on the bottom of my foot. A pair of problems with solutions, right? Go to the doctor, get some Lasix for the swelling, and put creme on the foot for dryness. Well, neither one worked. Not only did my swelling not go down and my flaking increase, my blood pressure went down into very low levels. Additionally, my lower left leg decided to get in on the redness and swelling party. All of this happened while my left second toe—the original culprit—continued to hurt.

During this entire episode, I started losing my equilibrium to the point where I began scaring my wife. She would literally walk behind me to steady me in case I lost my balance. Scared the hell out of me, too.

My wife and I eventually agreed that the whole mess had gone on for too long. We came to an agreement: I needed to be in a hospital. So, I took an Uber ride to my primary care doctor’s office (I can’t drive because of the medicines I’m on), told him of everything that had been happening, and said I felt I needed to be hospitalized. He agreed, but he said he couldn’t admit me; I had to be triaged through a hospital’s emergency room.

I called my wife to pick me up and take me to a particular hospital from which he’d at least get data. When she arrived, she pulled our Honda Ridgeline up to the curb at a somewhat awkward angle. Now, she says that she yelled for me to wait for her help, but I swear I didn’t hear her. As a result, I tried to step off of the curb.

My cane and my legs disagreed on which way to go, the result being me sprawling headlong to the right. I felt burning pains in my right side ribs as I fell, my torso landing sandwiched between the truck’s front left tire and the concrete curb. The fall ended when the back of my head hit the asphalt, leaving me facing the front tire from a distance of about a foot or so.

A crowd gathered, including my doctor. I’m thankful that they were there, because they were able to prevent my shaken wife from several attempts of backing the Ridgeline away from me which would have resulted in my chest getting run over. They eventually managed to get her to pull straight away from me so she could go and park the truck.

Almost immediately afterward, a Rowlett, TX EMS vehicle showed up on the scene. The people inside rushed to my aid; they got me into the ambulance and took me to the same emergency room I was headed for in the first place.