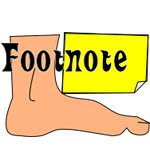 Let me start by saying this: in my opinion, leave Lyrica as a medicine of last resort. I’m just now getting it out of my system, and I never thought I’d be so happy as to be able to be done with a medicine as I am now. I can finally see what I’m typing again. I’m still not 100% capable of fluid speech, since I keep forgetting words. However, my wife has been there to back me up, and she’s had to do that much more often than I’d like over the past few days.

Case in point: I was supposed to have a consultation appointment with the head pain management specialist at Baylor Scott and White in Downtown Dallas this past Wednesday. This was while I was still fighting the Lyrica haze. To make matters worse, on the way there, one of my hearing aids clogged up on me, leaving me with only one functioning hearing aid. That’s worse than none at all, so I pulled out both before the appointment. Still, this was supposed to be a consultation, so I was expecting to have to “audition” for him. Instead, he comes into the appointment room with both guns blazing, quoting the lumbar myelogram, and saying he’s hardly ever seen anything that bad. I’ve got amputated nerve endings in spots in my back, plus a lot of other serious damage. He goes on quickly, naming damaged spot after spot. I try to keep up, but in the end, I have to give up and tell him that my wife is going to have to advocate for me due to the horrible side effects of the Lyrica that I’m going through at the time. He immediately orders me off of the Lyrica, tells me it’s quite all right and that he fully understands what I’m going through, and says my wife is doing an excellent job of advocating for me. Only yesterday (Friday) did I fully find out what I’m going to have to go through and why.

And it’s a freaky deal.

Remember the “stone bruise” / “gunshot” pain that I was having in the bottom of my left foot, which I though might be due to the newly discovered birth defect in my 2nd and 3rd metatarsals? The pain management doctor says that the pain is most likely due to some of the severe spinal nerve damage I have. I saw my podiatrist yesterday, and he confirmed the possibility. So, severe foot pain due to screwed up nerves in my spine? Who’da thunk it?

Like I said, I only found out yesterday the extent of what I’m going to have to go through in order to begin to solve the problems I have. I can’t remember if I’ve written about this before, but I’m going to have another lumbar caudal epidural injection. However, where the last one was just a 15-minute “stick a needle in the tailbone and hope it goes in the right spots” procedure, this time the new doctor will be using catheters to make sure the medicine goes exactly where it needs to go. It’s going to be a much more involved procedure, and it could lead to back surgery, either minimally invasive or conventional. I might also have to undergo the procedure multiple times, but that’s not a given yet. In any case, it’s going to take place in less than two weeks from yesterday, so I’m not going to be hung out to dry for long.

I’m just glad that I’ve finally found someone who’ll finally take all of the results from the lumbar myelogram seriously. Even if they do connect to my foot.