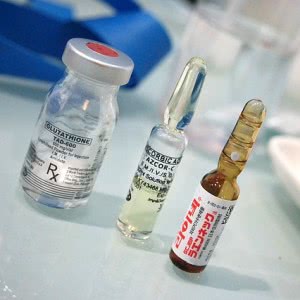 It’s been a while since I’ve done a post about my health, but today’s events merit one. It’s been a wholly uncomfortable and medically serious day, and you can trace the whole thing back to an ingrown toenail back in February of this year.

Said toenail, on the second toe of my left foot, became infected in February. I had to visit a podiatrist to have it fixed. He removed the entire toenail and put me on antibiotics. The drugs didn’t knock out the infection, so he moved me up to a stronger antibiotic which beat it back (but didn’t completely kill it).  He added a salve that contained silver to increase the infection-killing power. This cycle of antibiotics and exterior salves never did solve the problem.

All the while, my toe grew sore in spots other than the visibly infected one. The lightest touch on the last two bones of the toe would hurt like hell. The only evidence of a problem were red streaks up the toe. The doctor took X-rays and found nothing. However, the pain continued to grow with each passing day. I finally confronted him about it at one appointment. He set up a radioactive bone scan appointment at a nearby hospital to see what was going on.

My wife and I expected the bone scan report to come back negative, just like most tests do when I have a problem of some sort. Bone scans aren’t supposed to report anything unless something serious is going on, anyway. Nothing like that could be happening to me, right?

Wrong. I had developed osteomyelitis. A bone infection, in at least the last bone of my toe, and possibly the second bone. Definitely serious stuff.

I sat stunned in the podiatrist’s office as he explained my options: intravenous antibiotics, or amputation of part of (or perhaps all of) the toe. It just so happened that I had an appointment with my regular doctor on that same day, so we discussed the same options with him. Of course, we decided to try and save the toe. He quickly referred me to an infectious disease specialist, who I saw on Wednesday of this week.

The infectious disease doctor scheduled me for what I went through today. The process was no fun whatsoever. It started with having a PICC line inserted into an area near (if not through) my bicep. They ran the line through me until they reached my superior vena cava, near my heart. It was one of the more painful things I’ve been through, and it left me weak and dizzy afterward.

Immediately after the insertion, my wife drove me to the infectious disease clinic. There, we were taught how to infuse the two strong antibiotics I’m going to be on. It’s a somewhat complicated procedure, and in the state I was in I didn’t catch much of it. Anyway, I’ll have to infuse both antibiotics at the same time over a 30 minute period.

For the next six weeks.

At least I’ll be able to do it at home. However, I’ll have weekly doctor visits for checkups and to pick up my supplies, which consist of gloves, alcohol swabs, saline flushes, antibiotic bulbs (long story), more saline flushes, heparin flushes, alcohol caps for the tips of the PICC line connections, and shower cuffs I can wear to keep it dry in the shower.

This will be my life through the month of August. It will not be pleasant. I’ve already had my first infusion, and found out that one of the antibiotics makes me sleepy. God forbid I should fall asleep while administering the infusion myself.

But, my wife says, “We’ll work out something.” I’m pretty sure she’s got both our best thoughts in mind, despite all the hell I’m putting her through. I’ll trust her.